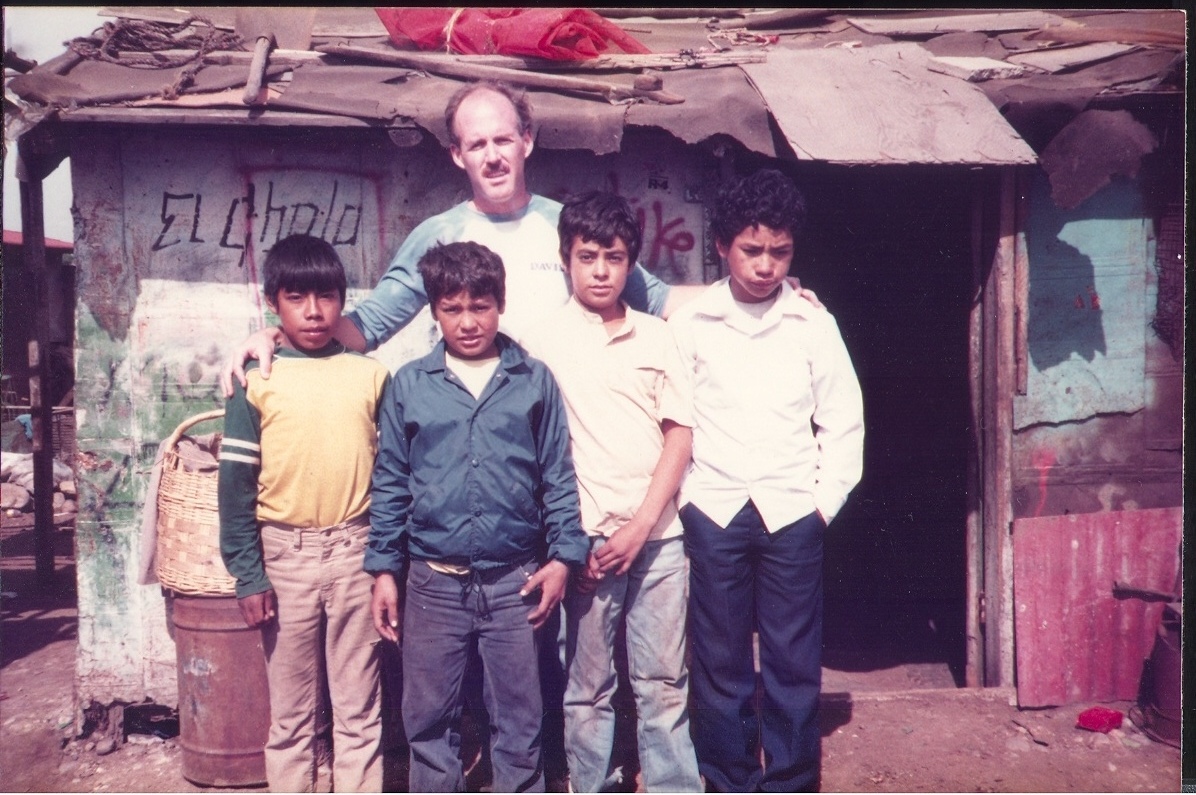 In 1980, Responsibility founder David Lynch traveled from New York with a group of volunteers, intending to spend a month serving 35 families who lived in cardboard hovels and worked as scavengers at the dump. He is still with the kids today.

“There was a magnetic attraction to the people and that brought me back,” David says.

David’s efforts resulted in the establishment of a school curriculum that included kindergarten, Mexican culture, and English as a Second Language (ESL).

“The eagerness of these children to learn amazed me,” he says, “and their attention never wavered, despite a constant parade of pigs, dogs, ducks, and chickens passing through their outdoor classroom! In the long run, education is the only way to help poverty-stricken people help themselves and improve their lives. English classes, in particular, can teach important skills that can mean gainful employment in tourist-oriented Tijuana.”

As Responsibility programs gradually expanded, support increased allowing the building of schools and most importantly the addition of teachers. Today, the non-profit organization provides a variety of educational programs, utilizing the commitment of a professional staff, and volunteers. Our expansion is also due to grants from corporations as well as generous individuals.

Why have you chosen this work – and what keeps you here? The injustice of the lives these people endure annoys me a great deal. And the need remains tremendous. We’re demonstrating the critical requirement for education – and the vast lifestyle improvement that’s possible when you have it. I strongly believe the axiom, “Feed them a fish and they’ll east for a day; teach them how to fish and they’ll eat for a lifetime.”

Devastating poverty often drains those around you. Why does it energize you?When a young student is asked to complete a difficult task, he or she tries to excel. When the child is finished, the teacher offers praise for a job well done, and that same simple praise reenergizes the child for the next project. I am the same way. While some tasks are very draining, after I hear a simple “thank you,” I ask, “What’s next?”

Why did you choose to help the children and make this your life calling? I was fortunate to grow up with a handicapped brother who introduced me to a world where people aren’t given all the gifts God bestows on most of us. In the handicapped, I saw a common trait, the gift of compassion for all human beings, and the ability to openly share love and help those in need. I saw that this is where they found their happiness. It is now here I find mine.

What is your greatest reward? In 1980, I photographed a nine-year-old boy named Felipe. He worked full time salvaging glass at the dump. In 1983, I opened an ESL school and Felipe attended for six years. In 1989, Responsibility gave Felipe a scholarship for an unlimited length of time to the school of his choice. In 1992 Felipe accepted a position as an English-as-a-Second-Language (ESL) teacher in a private institution in Tijuana, Mexico. Today he is our preschool teacher – Professor Felipe Quirez. Seeing results is my greatest reward. 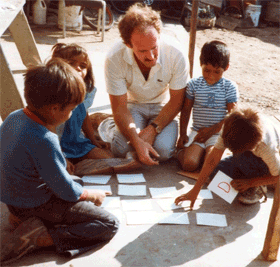